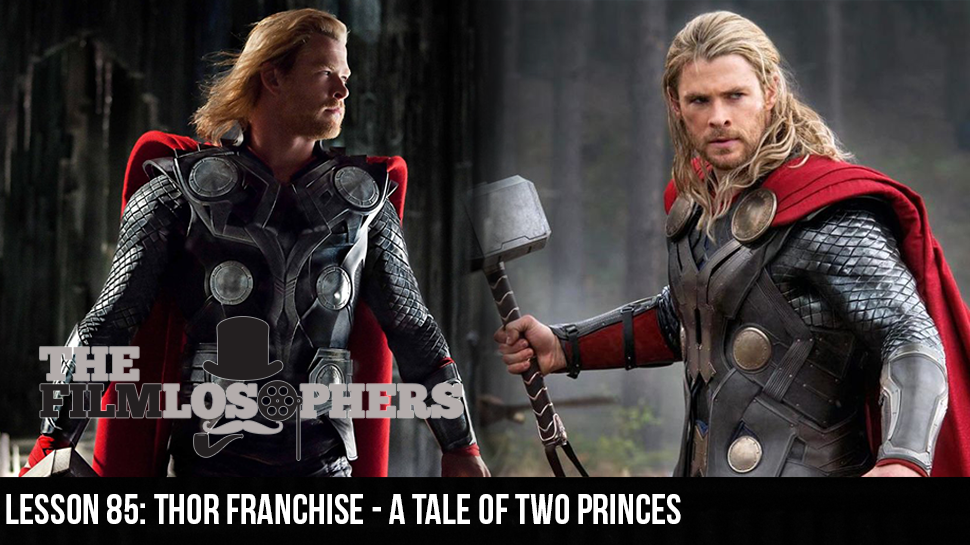 The Filmlosophers, Eddie Villanueva and Chad Riley, summon a ride on the Bifrost Bridge to prepare for next week’s debut of the highly anticipated Thor: Ragnarok (2017) with a recap and review of the franchise’s two previous installments, Thor (2011) and Thor: The Dark World (2013). As the MCU’s first foray into cosmic (mis)adventures, the Thor franchise has a surprisingly crucial role in establishing the universe-spanning culmination due next year in Avengers: Infinity War (2018).

Also, with Halloween just around the corner, we share our list of the Top 5 Halloween films to watch between now and October 31st.

The Filmlosophers share a mind-blowing convo with the crew from Nerd On! The Podcast over some of our favorite Summer Blockbusters! The Dialectical Duo becomes the Quintessential Quad as Tom and Josh from Nerd On! join the show to discuss films that made Summers...
listen

Lesson 215: Dirty Dancing – Nobody Puts Spencer in a Corner

The Filmlosophers clean up nicely in celebration as they review Lionsgate’s incredible movie livestream event this week, Dirty Dancing. The Dougie Duo is so excited about this Friday’s YouTube live "cinematic-soiree" that they watched the movie already, in preparation...
listen

Lesson 214: Cinephiles in the Time of Quarantine (w/ Jeff Fong)

The Filmlosophers adjust their face masks and mics as they welcome writer/director Jeffrey Fong to discuss the impact of the quarantine on the film industry. Maintaining the “six-foot rule” at all times, the Tenacious Trio delves into how social isolation has impacted...
listen