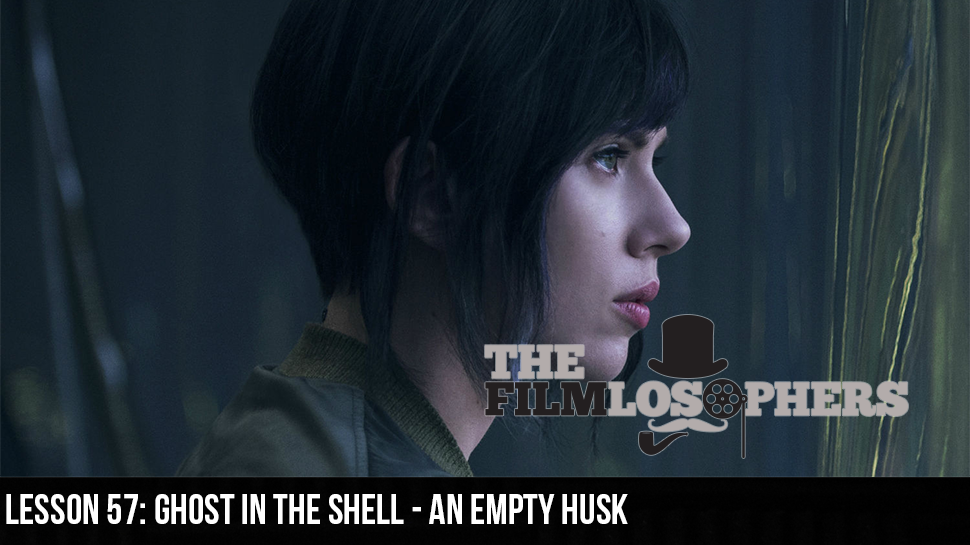 Lesson 57: Ghost in the Shell – An Empty Husk

The Filmlosophers, Eddie Villanueva and Chad Riley, welcome back Val Complex and Nerd Reactor’s Laura Sirikul back to the round table for week’s review of Ghost in the Shell (2017), the controversy-laden anime adaptation directed by Rupert Sanders and starring Scarlett Johansson in the role of an Asian woman who has been transformed into a cyborg and is working for a paramilitary arm of the government.

To what extent does the film exemplify the whitewashing of Asian roles in big-budget Hollywood films, and what kind of an effect did the casting decisions have on the film’s reception?